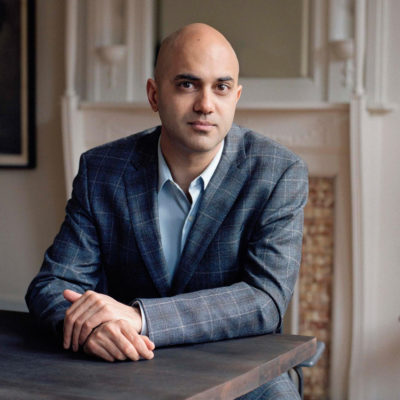 Ayad Akhtar was born in New York City and raised in Milwaukee, Wisconsin. He is the author of American Dervish, published in over twenty languages worldwide and a 2012 Best Book of the Year at Kirkus Reviews, Toronto’s Globe and Mail, Shelf-Awareness, and O (Oprah) Magazine. He is also a playwright and screenwriter. His stage play Disgraced played at New York’s LCT3/Lincoln Center Theater in 2012, and won the 2013 Pulitzer Prize for Drama. Last year, his play Junk: The Golden Age of Debt opened in New York. As a screenwriter, he was nominated for an Independent Spirit Award for Best Screenplay for The War Within. He has been the recipient of fellowships from MacDowell and Yaddo, as well as commissions from Lincoln Center Theater and the Oregon Shakespeare Festival. He is a graduate of Brown and Columbia Universities with degrees in Theater and Film Directing.