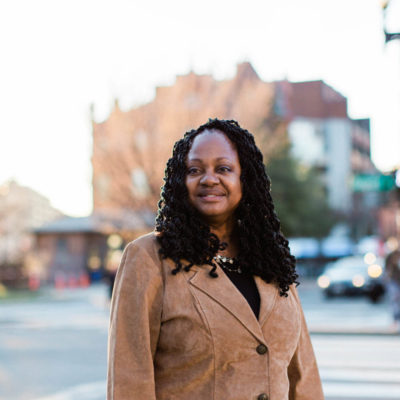 Bonnie Jenkins is the founder and president of the Women of Color Advancing Peace, Security and Conflict Transformation (WCAPS) nonprofit organization. She is also a nonresident senior fellow at the Brookings Institution and president of Global Connections Empowering Global Change, where she works with several academic institutions on issues of global health, infectious disease and defense innovation.

Prior to this, Jenkins was a visiting fellow at the Brookings Institution and the University of Pennsylvania’s Perry World House. Previously, she was an ambassador at the U.S. Department of State from 2009-17, where she served as coordinator for threat reduction programs in the Bureau of International Security and Nonproliferation. In that role, Jenkins coordinated the Department of State’s programs and activities to prevent weapons of mass destruction (WMD) terrorism with programs funded by other U.S. departments and agencies, and also with similar programs funded by other countries. She served as the U.S. representative to the 30-nation G-7 Global Partnership Against the Spread of Weapons and Materials of Mass Destruction and chaired the Global Partnership in 2012. Jenkins was the Department of State’s lead to the four Nuclear Security Summits that took place from 2010-16. Jenkins also worked closely with several international organizations including the Organization for the Prohibition of Chemical Weapons (OPCW), INTERPOL, the International Atomic Energy Agency, the World Health Organization, and the Biological Weapons Convention Implementation Support Unit.

Jenkins was also a leading U.S. official in the launch and implementation of the Global Health Security Agenda (GHSA) and also led engagement efforts with the nongovernmental sector in furtherance of the GHSA, to include academic institutions, foundations, and the private sector. She was also the U.S. Department of State International Security and Nonproliferation Bureau’s (ISN) nominee for the 2016 Secretary’s Award for Excellence in International Security Affairs.