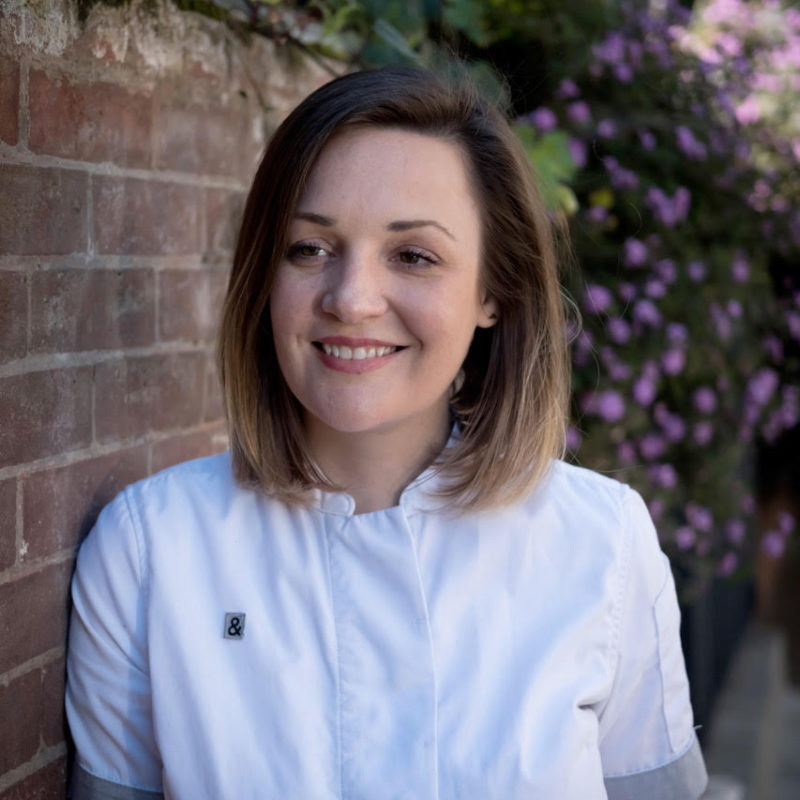 Coreen Carroll was born and raised in Germany and moved to Florida in the late 1990s. Having been the oldest granddaughter of a huge family, she spent a lot of time learning kitchen skills and recipes from her mother and grandmother. After getting her degree in International Business at the University of North Florida, she and her now husband moved to San Francisco to follow her lifelong food dreams and achieve a culinary arts degree from San Francisco Cooking School.

After working as a butcher and cheese apprentice, she started exploring edible infusions while working in the underground pop-up restaurant world. She cofounded and developed a cannabis edibles company that went on to win multiple awards including Best Edible at the High Times Cannabis Cup San Francisco. Now, she is founder and executive chef of the Cannaisseur Series, which offers an array of curated cannabis dining and pairing experiences in California. In 2017 she was named one of “America’s Top 10 Cannabis Chefs” by Greenstate. She recently co-authored her first cookbook published by Chronicle Books named Edibles: Small Bites for the Modern Cannabis Kitchen, that is set to hit shelves on November 6.