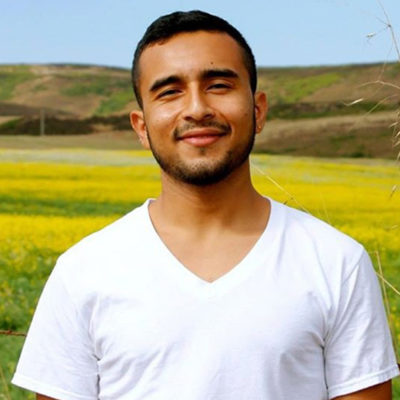 Javier Zamora was born in La Herradura, El Salvador in 1990. His father fled El Salvador when he was a year old; and his mother when he was about to turn five. Both parents’ migrations were caused by the US-funded Salvadoran Civil War (1980-1992). In 1999, Javier migrated through Guatemala, Mexico, and eventually the Sonoran Desert. Before a coyote abandoned his group in Oaxaca, Javier managed to make it to Arizona with the aid of other migrants. His first full-length collection, Unaccompanied (Copper Canyon Press, September 2017), explores how immigration and the civil war have impacted his family. Zamora is a 2016-2018 Wallace Stegner Fellow at Stanford University and holds fellowships from CantoMundo, Colgate University (Olive B. O’Connor), MacDowell, Macondo, the National Endowment for the Arts, Poetry Foundation (Ruth Lilly), and Yaddo. The recipient of a 2017 Lannan Literary Fellowship, the 2017 Narrative Prize, and the 2016 Barnes & Noble Writer for Writers Award for his work in the Undocupoets Campaign.